July 1, 2020
No comments yet
Uncategorized 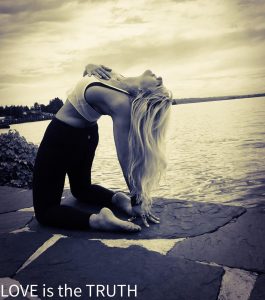 There is a parable about a guru walking along the riverbank with one of his disciples. The disciple had found himself swirling in the turmoils of life and come to his Guru for guidance. His mind had been buzzing like a million, stinging, bees, relentlessly producing thoughts and memory’s of hardship and pain he had experienced throughout his life.

“Please Guru, I must know how to find peace. I cannot live this way anymore. I wish to know what you know, and see what you see. Please, I beg, tell me how,” he dropped to his knees in prostration.

“Come, walk with me.” His Guru responded as he helped the man back to his feet and turned towards the river. The disciple filled with angst and anticipation followed in hopes his Guru would free him from his suffering.

Having taken him in off the streets 5 years earlier, the guru hadn’t just provided the man with food and shelter, but, had given him an unconditional LOVE the man had never known before. Because of this, he did not question his Guru’s intentions as he found the rivers edge and continued on into the water.

Even as the depth of the water climbed to their chest, the disciple was filled with hope.

Soon, the water had rose to their shoulders and the mild, current caused their feet to become unsteady. This was when the Guru stopped and turned towards the disciple, who was was stirring with anticipation as he tried to understand why they had walked into the river.

Placing his hands on the disciples shoulders the Guru said, “Please, close your eyes my son.”

Without question the man complied.

“Take a deep breath.” The disciple excitedly did as instructed.

And moments later was flooded with a rush of utter confusion as the Guru did the unthinkable, placing one hand on his head and pushing him under the water.

Like an earthquake comes without warning and shakes your whole foundation the disciple was confused and feeling out of control.

Overcome with a sense of panic, his once solid faith, was shattered. The man who had taken him in and shown him love, had suddenly become his enemy and a single-pointed, focus began to arise where only survival mattered.

Even his reverence for his Guru, the man he had believed he would give his own life to save, disintegrated in this overwhelming desire for survival.

When the Guru released him, he emerged from the water gasping for air. His eyes wild with fear caught the the gaze of his Guru’s loving eyes and like clouds vanish under the sunlight, his fog dissolved and he remembered.

“You just met the person that you must defeat if you wish to know real peace. The voice of terror and fear. This is your enemy. Come…” The Guru says as he is walking out of the river.

“I cannot tell you how to find peace. Peace is not something you find. Peace is what you are.” he continues.

“That person you met while under water. That is your personality self/ego that strives for survival above all else. The part of you that is peace, knows that it cannot die. It is boundless, limitless, and has no end or beginning.”He sits on the river bank and motions for the disciple to do the same.

“It is the personality self that creates suffering and FEARS its demise. It clings to its stories and creates attachments and expectations. We label and give some things more value in beauty. But, these are just attachments created by the ego to keep you interested and pull you deeper into the illusion. Sometimes you get so taken in by the stories that you believe them to be who you are and this transfers all of your POWER to the egoic/personality self. This is when we stop looking for PEACE WITHIN and start looking for PEACE from the external world.” He draws a line in the sand and says,

“I will call this the great divide. ” On one side of the line he writes in the sand YOUR TRUE NATURE. On the other side he writes YOUR STORY

“This is a separation that happens within you, where you lose your ability to connect with your true nature because you have given all of your attention to your story about who you are creates all that you have come to know as suffering.”

“The further we travel away from our true nature the greater the suffering.” the Guru gently raises his gaze to the sky. Twilight was taking hold and an many shades of red and purple creating an awe inspiring sight.

“Real peace is not shaken by the external circumstances. To know true peace you say thank you for the obstacles and you pray for grace. You remain calm no matter how big the storm.”

When you can meet with obstacles and remember that the obstacles are all part of the same LOVE this is when you will know real compassion and have remembered the LOVE that is the thread connecting and flowing through all life; seen and unseen.

Your ticket for the: Do We Have to Die to Rest in Peace?