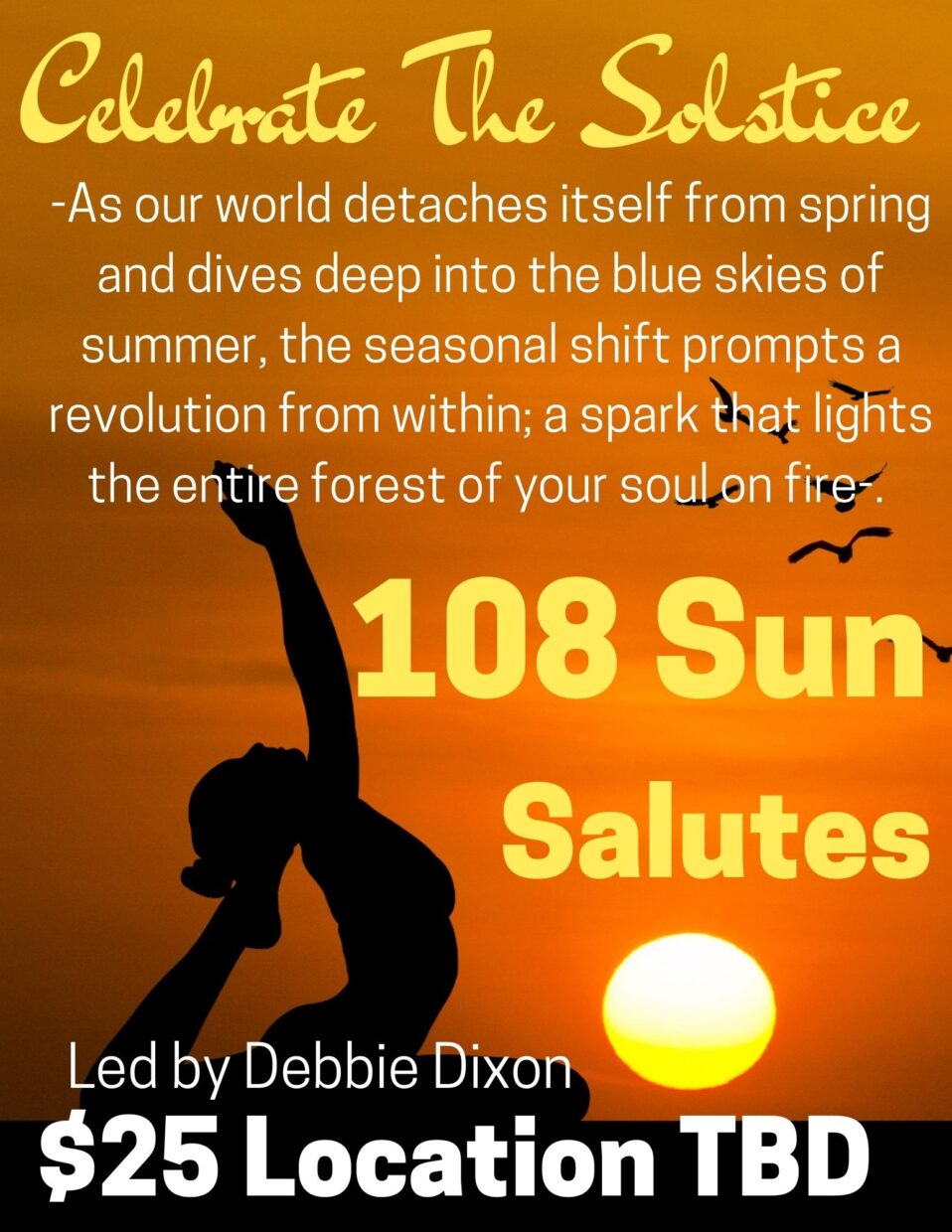 Celebrate the Solstice with 108 Sun Salutations Please register ahead of time for this incredibly transformational and powerfully healing practice where we shed our winter coat and align with the power and energy of the sun at its highest point.

This practice is appropriate for all experience levels and will be limited as per necessary guidelines set by king county for gatherings.

The summer solstice is marked as a time of celebration, as the sun has life-giving energy, and everything is in full bloom.

Why 108? The number 108 has long been considered a sacred number in Yoga. Traditionally, malas, or garlands of prayer beads, come as a string of 108 beads (plus one for the “guru bead,” around which the other 108 beads turn like the planets around the sun). A mala is used for counting as you repeat a mantra—much like the Catholic rosary.

The number 108 is considered sacred by several Eastern religions such as Hinduism, Buddhism,

Jainism, connected yoga and dharma based practices. The individual digits 108, 1, 0, & 8 represent one thing, nothing and everything ( infinity ), representing the belief of the ultimate reality of the universe as being ( paradoxically ) simultaneously one ,emptiness ,and infinite.

Renowned mathematicians of Vedic culture viewed 108 as a number of the wholeness of existence. This number also connects the Sun, Moon, and Earth: The average distance of the Sun and the Moon to Earth is 108 times their respective diameters. Such phenomena have given rise to many examples of ritual significance.

Make sure to copy Registration number after successful submission.

Thank you for payment.

Your ticket for the: 108 Sun Salutations-Celebrate the Solstice